Complemented by catchy and compelling visuals, the hip music video for “Gotta See It Through” marks Gino White’s stunning new dropPulaski, TN — June 17th, 2022- Back with a stunning new music video, Gino White is taking over the Hip Hop world with smooth and powerful vocals, set against rich and vivid visuals. A dynamic new release, “Gotta See It Through” features contemporary artist Jayda B, and marks just the first drop from the EP, ‘Dark…See More
16 hours ago
0 Comments 0 Likes 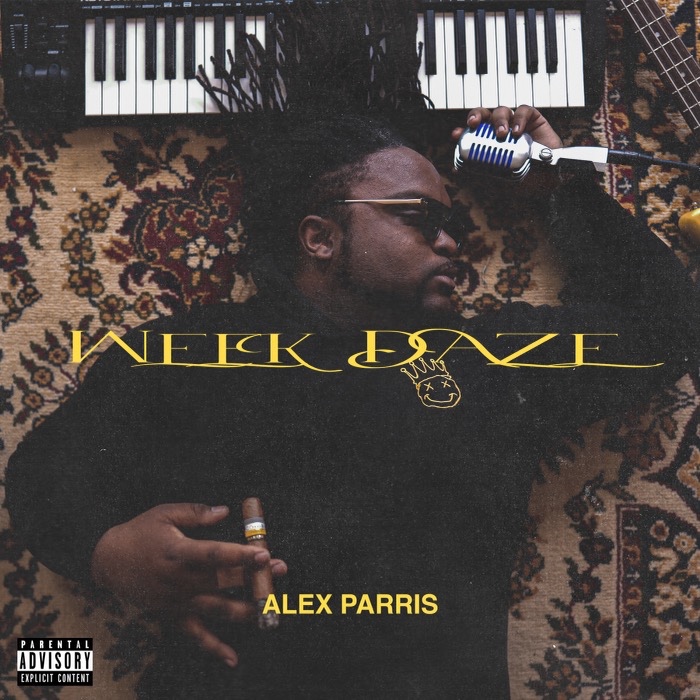 This New Album is a collection of inspirational, melodious music that reflects the soul and connects with the mind.

Rochester, New York — May 26th, 2022- Alex Parris is an inhabitant of New York who has been passionate about music since a very young age. The eclectic musician is an artist with a dream and a melody; much like other dreamers that just want to be heard and empathized with. The singer wishes to be a pioneer for artists to chase their goals without the arbitrary limitations of a label. Parris says “No record deal should determine an artist’s worth”.

The rising star uses music as a mode of direct self-reflection. Parris’s main inspirations include R&B artists like John Legend and Musiq Soulchild, with jazz influences like George Benson also playing a huge role in his journey making him a multi-dimensional instrumentalist. The inspiring artist wishes to share the stage with these artists soon and spread his unique musical message everywhere.

“Week Daze”, released on June 3rd, 2022, recorded with the help of Belavati Studios and Jacob Karl Music, is an expression of this melodious, edgy and heart-warming music. These tunes are not only relaxing and full of warm energy but also feature melodies that can make you get up and groove, spreading joy through dance. This New Album is a fresh addition to this artist’s existing consortium of music.

Raised in Church, the aspiring artist developed a very soulful tone over the years spent in the ministry. It is these initial training years that have also helped embody a sense of soulfulness and retrospection in the lyrical mastery of the music. It is these singles that have helped regale the audience with a sense of hope and inspiration in these perilous times.

Stream the inspiring artist’s music on YouTube as well as Spotify here https://open.spotify.com/artist/4GTcQBWuOCFk0fd7lCUXzT?si=C2-HISfeR.... Follow the artist’s official social media page on Instagram for updates on newer music. For interviews, reviews, and/or collaborations reach out through this email apandthemovement@gmail.com

Born in 1994, Parris has been engrossed in music production since the tender age of two. The musician began learning new instruments fairly easily, adding multiple percussion instruments, piano, guitar, and saxophone before middle school, playing his first professional show at the age of six. By the time he graduated, the singer had performed from the jazz and R&B stage to the classical stage, having won a concerto competition for marimba at seventeen, and being recognized by the Princeton Club of Rochester for musical excellence.

The songwriter played his first festival in 2013, officially kick-starting his solo career. After the tragic demise of his parents in 2016 and 2021, Parris was at loss for  inspiration for his music. They had formed the core of his motivation for the longest time. The musician was about to quit until he heard his dad telling him to try again, as he had often said when practicing music. Now, Parris simply wishes to travel the world and share his music with everyone. Thus, the singer is now working on his next goal, a live album that will introduce his band “The Movement” to the world.