A monolithic piano melody comes sweeping out of the silence with the force of a mighty winter wind, and in its wake, the delicate lead vocal of Mr. Ryte EyE Ty starts to fill the air with an aching that is perhaps even more powerful than any of the words he will sing in the next four minutes of play are. 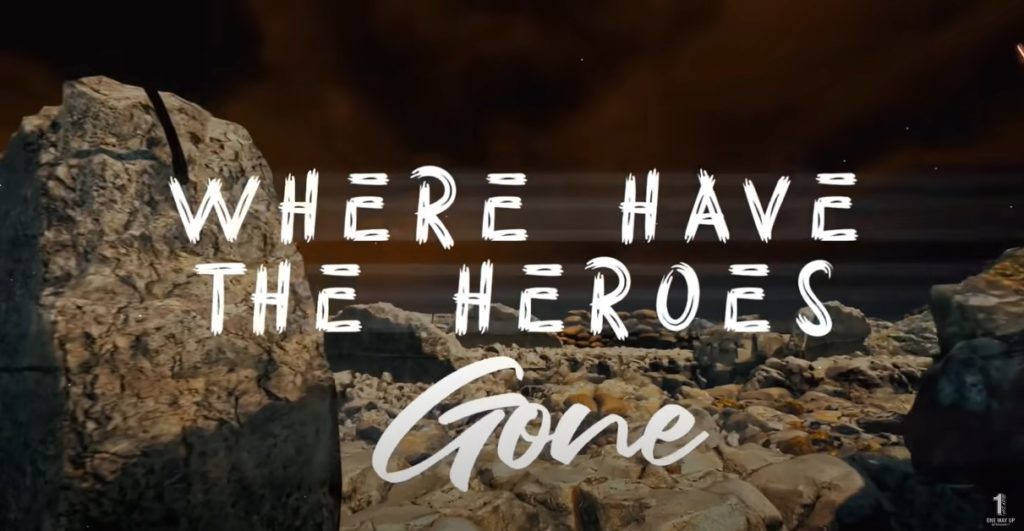 There’s a burden on Ty’s back here, and it isn’t going to go away without a fight; in “Where Have the Heroes Gone,” his latest single, he’ll use any and every tool at his disposal to break away from the pain in the name of connecting with something affectionate and steeped in pure love. His voice is the beacon, his music the bitter darkness that surrounds it, and while there are plenty of ways that one could interpret this song both lyrically and instrumentally, to me, it comes off as being an enigmatic statement piece in an age that has been missing the strain of artistic clarity it offers to us so humbly. “Where Have the Heroes Gone” is a black-and-white pop song, but the substance of its melodies is not status quo at all.

From a lyrical standpoint, Ty isn’t doing much of anything that would qualify as being virtuosic in this song – contrarily, I get the vibe that he’s deliberately trying to stay away from the kind of theatrics so many of his closest rivals in and outside of the adult contemporary scene would just as soon employ in their own work.


He’s got too much to convey to simply hide behind a sophisticated sonic display; right from the get-go in “Where Have the Heroes Gone,” Ty is tethering his vocal to the fabric of the piano’s instrumental chime, which despite being formulaic in the conventional sense is anything but predictable given the context of the music on this occasion. It would be one thing if he were a household name; in this case, he’s merely using a familiar construction to get us acclimated to the more specifically unique components in his sound. It’s a smart way of making a breakthrough single, which this could become if given the right opportunities to shine somewhere on the FM dial (college radio, perhaps?).


If what I’m hearing in “Where Have the Heroes Gone” is on par with what I can expect to find out of the output we get from Ryte EyE Ty’s camp in the future, he’s going to be a player that I would tell any legit indie audiophile to pay attention to this year. Right now, American pop music has reached a crossroads in 2022, and in the time that it would’ve taken an artist to become a genuine figure in any scene around the country c. 2000-2010, the genre itself will be reshaped by independent voices like Ty’s.

The Southeast is arguably going through a bit of an alternative resurgence at the moment, and though it might not be comparable to the alternative renaissance it once enjoyed some thirty years ago at the start of the 1990s, it’s producing sounds and songs like “Where Have the Heroes Gone” that are bound to raise an eyebrow or two well outside of the Southeastern underground.


The music of Ryte EyE Ty has been heard all over the world in partnership with the radio plugging services offered by Musik and Film Radio Promotions Division. Learn more https://musikandfilm.com Spotify: https://open.spotify.com/track/7EyRuH2SOKHkE8bdWukbPh?si=26a8099f4b... Twitter: https://twitter.com/ryte_eye?s=21&t=mfIxnnEe6QphDWaHAjo1YQ Instagram: https://instagram.com/onewayupofficial?igshid=YmMyMTA2M2Y=