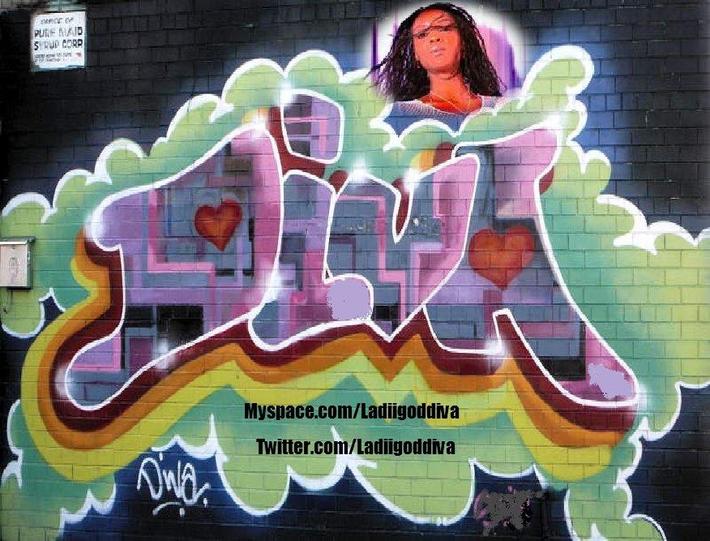 Ladii Goddiva has not received any gifts yet

Your Location (CLICK the one that is CLOSEST to you)
Worldwide for the rigt fee I can be where you need me.....

Type of work that you do?(Be Specific So people can find you)
Lyricist, Artist, Model, Fashion Designer

Born on the 23rd of may in Dorchester MA. Raised by a single mother along with her older sister. LADII G.DIVA Was no stranger to the streets,violence,drugs and other issues that influenced the 80's babies. Just as the streets had its affect on her so did music and fashion.

Her early introduction to music and fashion was through her relative and other various outlets such as Radio & Television. Early in life Diva discovered her "FIRST LOVE" music. As early as elementary she took on the trumpet and the piano. She truly had a passion playing instruments landing several solo spots in recitals and parades etc. It was later in life that LADII G. DIVA started creating her own music,then came designing her own clothes.

She often does shows traveling across the country with fellow Boston hip-hop,R&B,Reggae artist & lyricist. From Boston to Phoenix Arizona,Baltimore, New Hampshire, New York and beyond. Also working along with Labels such as Firetron Records, B.Z.M Records and G-Hard Entertainment performing solo or with other emcees adding value each contributing a different approach to their music.

She has been blessed to work all across the National circuit. Participating in a numerous amount of National & International assignments. Some extending as far as over seas, with tremendous success. In addition sh has also been featured in hundreds of Runway and Talent Shows all over the United States.


Ladii G.Diva honors herself to being as trustworthy and helpful as possible. A young fresh professional that is very caring, dedicated and focused. Possessing the willingness to learn and grow as an Artist as well as an individual. Ladii G.Diva truly brings honest original music and fashion. Her main influence with music was the streets and it clearly shows. Like many hardcore hip-hop lyricist her lyrics are her views and experiences of her life and the people & things that surrounded her. Frequently very harsh yet she is very versatile.


With talents like no other, Ladii G.Diva strives for the best at whatever it is that she does. Between her modeling, designing & styling, to her recording and even performing, allowing her to travel the local and national circuit gaining her more exposure She definitely brings TRUE talent.

Possessing the girl next door beauty with very unique striking features and thin, yet very well proportioned with a touch of athleticism. Ladii G.Diva is a great model for Commercial, Editorial and High End Fashion and much more

Nola said…
Just passing through to show some luv! Stay connected and add me as a friend!