Is possible to make “Wedding Vows To Money” 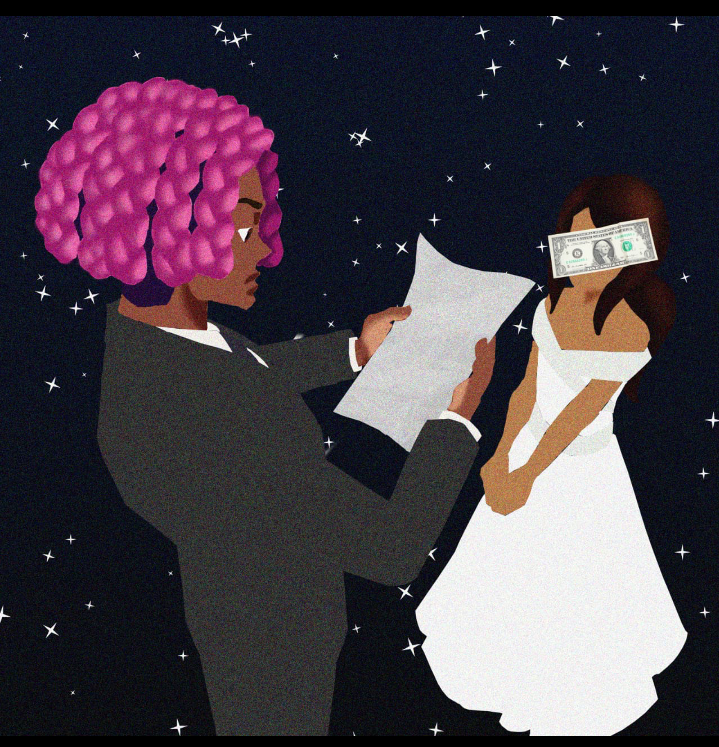 Johannesburg, Gauteng, South Africa — Surely you’re wondering what’s going on here (Assuming you read the title)  Perhaps an explanation will help. Starting with a brief summary about LIL DRANKO a hip hop and pop artist, model and all-round entertainer born in South Africa you might’ve heard of him. He created his first song as early as five years old – which came about on vacation with family and his family friends in Durban South Africa. Find out more on this story by reading LIL DRANKO’s biography, which is in the about section of his artist club here – https://show4me.com/lil-dranko . Now lets get to it!

Fast forward to LIL DRANKO’s “I am grown-up stage” where he decided to start working on a debut album to really express his musical creative with a body of work. Now a lot of things came to mind. Considering this was his first album and he had been recording music professionally for over five years. LIL DRANKO knew he had to make this album special to everyone who hears it. The best way was – to make a project where LIL DRANKO could really say something meaningful. And one thing LIL DRANKO values and find meaningful is information, particularly information on how to attain his goals.

With that realization LIL DRANKO decided to make this a concept album about attaining his goals. And then boom! LIL DRANKO landed on the concept of using money as a success maker – meaning money represents his goals and the things he wants to attain. This is where things got challenging for LIL DRANKO because he wanted people to interpret this their own way and see his vision when listening to the album.

“Wedding Vows To Money” includes new songs from LIL DRANKO. Songs that have never been released before. So expect a fresh new sound from this album.

Thankful after long days in the studio and basically converting his home into one. LIL DRANKO finally could share this special and unique body of work with the world through a mix of hip hop, trap, pop and rock n roll infused songs.

LIL DRANKO which is an abbreviation for Love Illustrated Live Drawn Rotating Around Nations Knowing Omnipotence, created his own song at the age of five years. It is said that the superstar realized his talent when he was waiting for his parents to check-in at a hotel in Durban on their family vacation. With hunger and fatigue starting to kick-in the young LIL DRANKO vocalized his feelings in a song. By intelligently using a Sesotho and Setwana word “lapile” which means “hungry” in Sesotho and “tired” in Setwana (South African official languages) melodically to sing about him being hungry and tired.