Lii Reese feat...Sip Hop
"Swag On A 100
I keep it fresh my swag is going raw this year and i think this track swag on a 100 will hit the streets hard when we put it out there on the streets its going down swag on a 100 Lil…
Continue

EVENT DETAILS:
The W doesn't want you to forget you're in Hollywood — the Hollywood of myth, glitz and glamour, not this still-seedy part of town. Guests enter on a red carpet stretching from the motor court through the lobby and onto the plaza fronting Hollywood Blvd.

Need Extra Cash For The Holidays?

*The Referred client must be under and fulfill contract before you get paid and design credit can only be used on projects $125 and up. This is a limited time offer!

DEALS AND DISCOUNTS ALL NIGHT!!!

VIP Entry for EVERYONE on the JAMIE'S VIP LIST!!

For many Americans, health care may not be at the top of a priority list as we are all consumed by work, family, and errands in our daily lives. It often seems difficult to find the time to go for routine check-ups and in some cases; many don’t pay attention to health care until they feel something has gone wrong. With age, the chances of health problems increase as over time, the body takes on more…
Continue

History Maker: Melba Moore will be in Chicago 11/20 ( Interviews/Appearances)

hosted by Krystale Rae and her sexy girlfriends!
www.myspace.com/nakari84 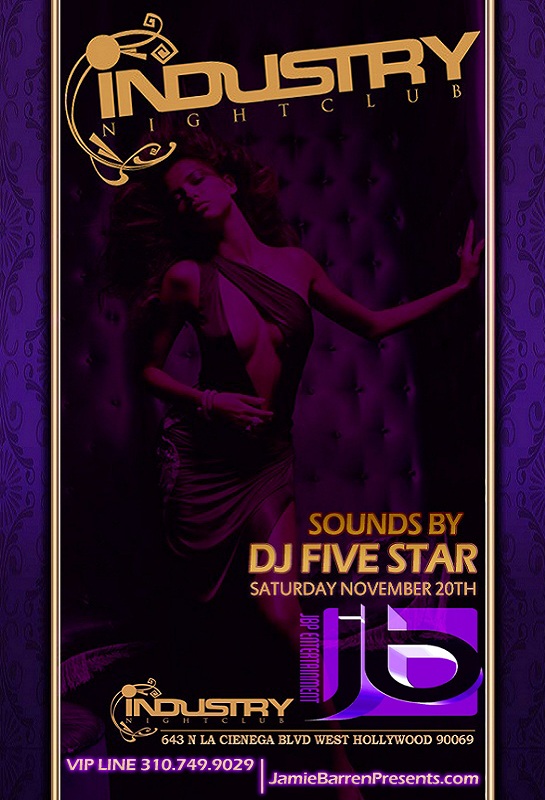 Poligraf’s first album will be entitled « Samsara » in reference to the cycle of reincarnation in Buddhist culture.


Samsara is a Sanskrit and Pali term derived from to « flow together, » « to go or pass through states, » « to wander, » and which translates as «…

The closing movement of « Juggernaut » is entitled, simply, « Epilogue. »

« The Chrome Lake » is the core middle part of the « Entering The Stream » trilogy. Lasting a little over 12 minutes, the composition depicts one episode of intense soul-searching, and…

("Label from a bottle of O·c·t·a·T·o·n·i·c" by Christopher Stewart, using a picture of William Henry Fox Talbot by Antoine Claudet)

The eighth and final movement of « Octoccata » is entitled « Multilethalead » and…

« Marimbariation » takes its name from the brief passage featuring the marimba that leads this seventh movement of the « Symphony of Eights. »


Once the percussive instrument concludes its opening…

How on Earth can a musical movement be named « Progigoriation » you ask ? Well, obviously, because it's the prog rock variation of another similar movement entitled « Igorchestral » I emphatically reply.…

("behind the eight ball" by eschipul)

The next segment of « Octoccata » is entitled « Reoctoverture. » Basically, this section is a reprise of the introduction, hence the name, as it restates the theme presented therein, albeit… The fourth movement from « Octoccata » is entitled « Biorhythalead. » Its title came about from the markers I used to identify each of the sub-sections of the composition.

("Octoccata Freeway" by Christopher Stewart based on this Interstate Shield)

« Vibrastinato, » the third movement from « Octoccata, » gets its name from the combination of vibraphone and ostinato, and features an abundance of…