Kiara Joelle Balthazar is now a member of CODA~GROOVES~ENT
23 hours ago
Welcome Them!

Sharing her soulful passion for Gospel and Pop rhythms, rooted in moving Christian roots, budding singer and songwriter, Claire Odogbo is driven to light the way forward for all listeners with moving single “Robed in His Righteousness”.Hamilton, Ontario, Canada – June 14th, 2021 – A devoted worship leader, seasoned vocalist, and captivating songwriter, Claire Odogbo is sending ripples in the rich and riveting genres of Pop and Gospel, igniting positivity with each new release.With a stirring…See More
Monday
0 Comments 0 Likes

Catch the Vibes With Quianna Crute With Her New Single “Oh Adonai” From Her Album “Created to Worship”In her debut album, “Created to Worship,” esteemed praise leader and choreographer Quianna Crute creates a yoke-breaking, deliverance-inducing musical worship experience. The first single, “My Love Letter” is just that… a powerful praise and worship…See More
Saturday
0 Comments 1 Like

This is a project about a man who fell in lovewith a girl and has to deal with otherheartbreaks as he deals with the upsand downs of life. Stream The EP:https://album.link/i/1557067464https://open.spotify.com/album/085HZtT4NzHx6rFKMjo8gh…See More
Jun 10
0 Comments 0 Likes

With a unique and enriching vibe, budding musical group BankFlow Family are set to motivate listeners, melding together Old-School and New-School Hip Hop and R&B rhythms, with the release of their stirring new album “Music Reborn”.Chicago, Illinois – May 28th, 2021 – Taking the dynamic, varied, and fast-paced world of Hip Hop and R&B by storm, up-and-coming band BankFlow Family are on the right track to soar. With a rich and characteristic…See More
Jun 4
0 Comments 0 Likes

Singer And Songwriter Linda Mae Is Here with New Music in The Gospel Genre to Change the World with The Power of Music.

Linda Mae has a passion for helping other around her with the power of music. She believes that music can touch hearts of many people and holds the capability of changing many lives with the lyrics and the music itself.Waxahachie, Texas – The new single was released on April 7, 2021, which has been produced by Stephen Droddy Music. Linda sang with Indiana Bible College, an alumni, who graduated and recorded songs with them in choir. Linda wrote this song after a personal battle in her life, it…See More
Jun 3
0 Comments 0 Likes

The Centaurettes - Spider On The Wall

Started by Dj Smoke (@PromoMixtapes) in Music and Entertainment News May 24. 0 Replies 0 Likes 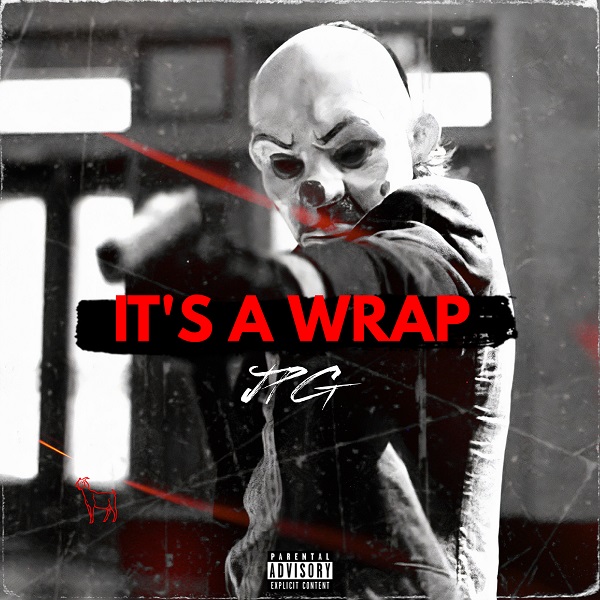 YEMASSEE, SC – A new turn-up song just in time for the summer is making its way along the East Coast from South Carolina rapper JPG. The single is “It’s A Wrap,” and not only does it showcase this young artists unique flow and stand-out style, but it also features a bouncy beat that is ready-made to get people up on their feet and dancing. Telling the story of JPG’s rise from rags-to-riches, and his dreams of making it into super-stardom someday as an internationally known artist, this single is one that is already connecting with a wide fanbase.

“I try to stand out how I rap lyrically,” JPG said. “I know a lot of people don’t rap the way I rap. I’m rapping for people who grew up the way I grew up. I’m talking about where I cam from and how I grew up. I came from the trenches and made it out, and I’m trying to relate to people like that.”

Born in San Diego, but raised in Yemassee, South Carolina, this up-and-coming young musician has been rapping since middle school. It was something he just did on a whim one day for the fun of it, but when people heard him they immediately recognized his natural skill. The encouragement he received pushed him to stick with it, and for the past few years he’s continued to hone his craft. About six months ago he recorded his first song “Made It Out,” and the response has been exceptional.

As a father of two young children, JPG said his goal in this endeavor to pursue a full-time career in music is to take care of his family. Not only did he struggle growing up, but he and the family have struggled in recent years through hard times.

“I became who I became without my mother, who left me when I was young,” JPG said. “I express that in my music. What I create is about where I come from, where I want to go, and how far I’ve come. Sometimes I also rap about past relationships, because I’ve had a hard time with those, as well.”

JPG said his all-time favorite rapper is Lil Wayne because of his metaphors and amazing bars. He also loves more modern-day artists like Gucci Mane and No Cap. He said he hopes to one day create a body of work that put his name in the same conversation as those legends. He’ll continue to build that legacy with another single called “Lifetime,” which should drop later this summer.

To listen to JPG’s music, or to follow him on social media, please visit the following links: