What REALLY Happened to Michael Jackson? FIND out the TRUTH! JUNE 25th 2010

New Tell All Book, “What Really Happened to Michael Jackson, the King of Pop,”

Atlanta, Georgia (June 3, 2010) – New tell-all book, What Really Happened to Michael Jackson, the King of Pop,
is scheduled
to be released on June 25th, the anniversary of
Michael’s death.  It is now available for pre-order at
www.whatreallyhappenedtomj.com. ;

Written by legendary concert promoter and close friend to Michael Jackson, Leonard Rowe, this controversial book connects greed,
corruption and the underhanded dealings of the entertainment industry to
the events that lead up to Michael’s unfortunate and untimely death.

In the book, Rowe – who was with Michael several days before he passed – writes that he
believes there was a conspiracy behind the murder of Michael Jackson.
Referring to Michael Jackson’s fifty percent ownership of the entire
Sony catalogue, which is now worth billions of dollars.  He says that
Michael told him, “They want my catalogue (music publishing rights)
Rowe, and they will kill me for it.”

“Michael never wanted to sell it (the catalogue); he wanted to keep it for his children,” Rowe writes in the book.  “…Michael Jackson
name and his brand are worth billions and billions of dollars, and he is
worth more to them dead than alive.”

Rowe writes that with Michael Jackson dead the powers that be – and he names names – were able to move in and control the wealth with
the help of a “phony and fradulent” Last Will and Testament.

Rowe further states that they are trying to keep him quiet by slandering his name in an
effort to divert attention from the truth.  But, he is telling it all in
this new book, What Really Happened to Michael Jackson, the King of Pop.

“Michael was a dear friend of mine and it is not right for his life to have been taken the
way it was,” said Rowe.  “Now finally on the anniversary of his death,
the truth about what really happened to Michael Jackson will be told.”

Legendary concert promoter and close friend to Michael Jackson, Leonard Rowe, began
working with Michael and the Jackson Family in 1979-80.  He is the first
and only African American concert promoter to organize and promote an
international concert tour with Michael Jackson and “The Jacksons.  The
tour, “Off the Wall,” was extremely successful and catapulted Michael’s
solo career.  Rowe has continued his relationship with the Jackson
family for the past 30-plus years.

Rowe, who was with Michael a few days before his death, was hired by Michael Jackson to oversee his business and financcial affairs
during the scheduled London concert tour, “This Is It.”

What REALLY Happened to Michael Jackson?

You need to be a member of What REALLY Happened to Michael Jackson? FIND out the TRUTH! to add comments!

Comment by AZONA-THA-PRODUCER-SLA-YER on October 7, 2010 at 1:19pm
WE NEVER HEARD HIM LIKE THIS B4 PLEASE ENJOY THE VIDEO.

Check out http://whosthehottestrapper.com/id87.html
to find out how to submit your music for placements! Thank you for your support.
I hope to see you soon at one of the shows and please ask your local DJ (radio and club) to play "V.I.P., "CRUSH ON YOU" , "EXCESS VIBRATION" , "I'm a TEASE" and "What You Gon Do Wit It " The ALBUM will be out SOON! GET the RINGTONES!!! Click HERE PLEASE click HERE to invite your friends

THANKS FOR THE ADD! VISIT: 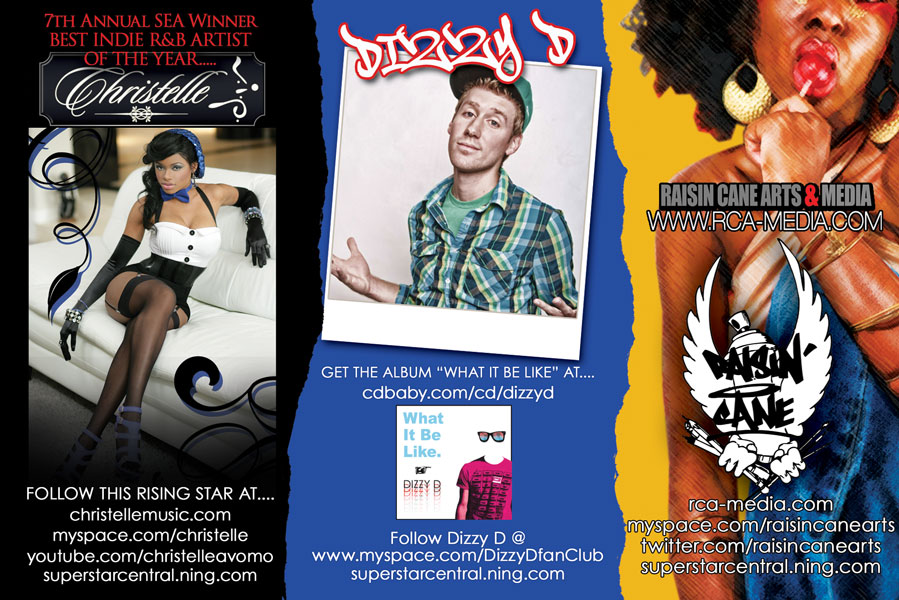 Davonte Elijah Akins (Born December 24, 1995), known professionally as Yung Genesis, is an American rapper, singer, and songwriter from Deland, Florida. He rose to attention in 2019 when he released his Album (All or Nothing). He is best known for his singles, Throw It Back, Bestie, Must Be In Love, Attention, Facetime, and more. He was five years old when his father…See More
12 hours ago
0 Comments 0 Likes

“This song had to be made to become proactive in shaping our collective future, because the rebellion that happened on January 6, 2021, in Washington D.C. was the curtain being pulled back on race, lies, and darkness in America,” Speech explains. “It’s obvious that about half of America is living in a fictitious bubble and are responding accordingly. That’s why I wanted…See More
18 hours ago
0 Comments 0 Likes

Mr. MooQ writes songs that are, at times both “Old Fashioned” and also very contemporary. Pulling emotions from the deep well of his experiences, Mr. MooQ writes and produces music alive with “feeling.” His thought-provoking lyrics are sung with a different spin, combining beautiful melodies with powerful grooves. Though the beats may change and the production will vary, every song tells a story and is written from the heart.With the release of his latest video for the song “No One”, Mr. MooQ…See More
yesterday
0 Comments 0 Likes

Fast-rising young artist fuses sounds while spreading love on new singleLOUIS, MO – At only the age of 20, Josh Royal is setting the music industry on fire. This incredibly talented entertainer from the Midwest has been honing his craft over the…See More
yesterday
0 Comments 0 Likes

XXVI-CMX The Label (Pronounced TWENTY SIX NINE TEN) is a Record Label founded by Kaboom Holy in 2018. Developing a unique sound out of Fayetteville, North Carolina, Kaboom Holy has cultivated a short but powerful roster including himself and label-mate Money 2x. When asked what his label had to offer he is quoted saying “I found the best and most productive team to move with and it was done!” Songs like “Bullet Holes and O’s” and “Smack Em” hitting a consistent 100k+ views XXVI-CMX The Label is…See More
Thursday
0 Comments 0 Likes

DJ and Producer TR-Gang is Thailand’s best kept secret, soaring to success as he produces stunning musical compositions to get people falling and moving to hip and iconic Electronic music tracksBangkok, Thailand – January 17th, 2021- Up-and-coming sensation in the world of EDM and hip pop music is TR-Gang hailing from Bangkok, Thailand. A talented and stunning DJ and producer who is set to become the next big newcomer from the genre, TR-Gang is a powerful force of electronic charm and musical…See More
Thursday
0 Comments 0 Likes

Orlando, Florida, orango — January 12th, 2021 —New song releases by AI have spiked millions of views across multiple music platforms. With songs like, "Who Dat," and "Bring the Alarms." This new artist is not only looking at being the next hot topic on the top charts. He's giving it all away!  Well not all.......but more than most!Since a young boy AiThoughts has been helping people in many ways. Cleaning up his community, providing meals, and remodeling homes for extra cash. His family is now…See More
Jan 13
0 Comments 0 Likes

Khama Tate AKA SOS Kham Kham is an up and coming hip hop artist. Born and raised in Jamaica. Kham has two older brothers. Kham moved to the states in the 8th grade with her Mom after her Mom was awarded a full scholarship to complete her masters in communication. Taking to music and writing at an early age. Being a part of the high school band and chorus it’s no surprise that Kham found the stage. Becoming a crowd favorite at local talent shows. Now residing in Central Florida Kham Kham is…See More
Jan 12
0 Comments 0 Likes