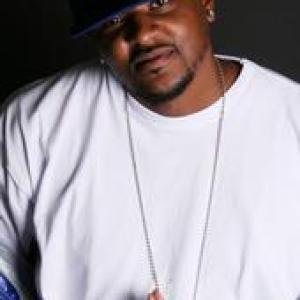 Every so often, there comes an artist who has so much substance
and knowledge that they effectively change the norm. The words they
speak and the stories they tell do something to our minds and hearts that
allow us to recognize their realness and credibility so much that imposters
take cover. Besides aiming to inspire, motivate, and reach, all those
who come into contact with their craft, there is also a genuine bond born.
In an industry where many claim the true essence of its origin is dead,
Andrico “Big Dreek” Thompson is determined to bring Hip-Hop back to life. 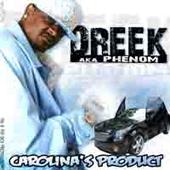 Born and raised in Shelby, North Carolina, Big Dreek grew up with his
share of struggles and mishaps. As the oldest of three siblings,
in a single parent household, he grew into the role of man quite early.
As the stress mounted and responsibilities increased, this southern
wordsmith began searching for an outlet from his problematic home life.
That outlet became the streets, where hustling and basketball would take precedent. Things would remain how they were until Big Dreek began
witnessing his younger brother performing at local hip-hop showcases.
It was then amongst the new and fresh talent, that he would find his
true calling and natural born talent for writing and producing
Rap and R&B music.

Inspired by artist like Tupac, Biggie, and Big Daddy Cane, this emcee and
record label CEO is prepared to introduce the world to what he deems as
music with something to say. Compiled of issues that relate to more
than just the ear and in fact touch the heart, Big Dreek is more than able to
stand strong in an industry that is as predictable as it is black and white.

“I’m different because I got something to say,”

starts Big Dreek when asked what about him makes him different from
most new artist.

“There are a lot of artists that just rap about what they see
and what they think they should be rapping about.
I come from my own experiences and I am really trying to
resurrect the art of story telling,not just bars that rhyme.”

Since committing to music his undeniable skills have caught the attention
of industry professionals and have afforded him the opportunity to perform
nationwide. His background as a previous member of the group Royal
Thug Committee (RTC), which independently sold more than 1000
copies of their debut release, turned him into a well known artist within the
Carolinas. Under the name Phenom, he dominated the underground mix tape
market with well know DJ's such as DJ Chuck T and DJ Berry Bee. Now back
with a clean slate, a new name, and a more developed sound,
Big Dreek is ready to restart his attack.

With his current single on the way, and having already gained the respect
and approval of the streets, Big Dreek and Southern Boy Entertainment
will be the names on everybody’s lips this year and for years to come.

Your Location (CLICK the one that is CLOSEST to you)
http://www.reverbnation.com/bigdreek

Type of work that you do?(Be Specific So people can find you)
http://www.reverbnation.com/bigdreek

Red Ribbon
What up, check out the page. add if you like
From the Gift Store

Louisiana Pop Artist, Sk8way 10thousand drops his new single "First Date" Sk8way 10thousand, a very creative and out of the box type of character, is from a small place you’ve probably never heard of called Tallulah, Louisiana. In his hometown, he is known as "The humble Kidd," a nickname given by everyone. He was born December 23, 1997, in Vicksburg Mississippi, and is the middle child of 4 siblings. Often, in his hometown, he is mocked, laughed at, and harshly talked about when it comes to…See More
50 minutes ago
0 Comments 0 Likes

Started by Dj Smoke (@PromoMixtapes) in Music and Entertainment News 3 hours ago. 0 Replies 1 Like