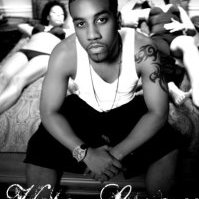 Von Sway has not received any gifts yet

Your Location (CLICK the one that is CLOSEST to you)
Brooklyn, NY

Type of work that you do?(Be Specific So people can find you)
I'm a recording artist, singer, song writer.

Find more music like this on Unsigned Debut
Von Sway R&B Artist
Be There for the Beginning, Visualize the Focus & Celebrate the Triumphs

Twenty two year old Von Sway was born in Brooklyn, NY, the middle of 3 children. Always surrounded by music, at the age of six, he began to cultivate his talents as a musician & performing artist by learning and playing instruments in schools band, in his mother's church and with various local musicians.

He grew up in an era of the early 90's sound and the sounds of the late 80's. With local musicians such as Full Force, Big Daddy Kane, UTFO, and Whodini just to name a few… He was bound to be a well rounded performing artist. From piano and guitar lessons as a child, to singing about life's ordeal as a young man, Von Sway's growth and development has had a flavorful recipe: R&B, Hip Hop, Jazz, Classical and powerful soul music mixed with Rock, Von Sway has embraced them all.

Destined to take the industry by storm, Von Sway's aspirations are to "stir up feelings, capture the imagination, and fuel thoughts" with his messages of hope and love. On stage Von Sway transforms to a level beyond his youthful age and delivers a performance that is hot, sexy, and energetic. Strong in every sense of the word, his singing raptures music lovers completely, with tones and melodies that fluctuate or linger with every whim of his will.

Welcome to what is sure to be the reign of an R&B heartthrob – better yet, welcome to Von Sway's world! Jumay is Putting Dallas On The Map

Rising multi-talented Louisville hip hop artist Ammon is dropping a hot new album titled "Thrown Out" in April with everything exclusively done by Ammon himself. Check out the cover art below and make sure you follow him on IG @beechmontkid to stay up to date with all his releases.…See More
Wednesday
0 Comments 0 Likes

By giving a sincere warning, nothing can be misunderstood. Covert Joy’s debut single “Warning You” is the modern-day bad boy anthem with a message that says: “If you want to be with me, you’ve got to understand you’re not the only one.” Covert sings with a zealous playfulness that signals a straight-forward announcement of where he stands when it comes to relationships.…See More
Tuesday
0 Comments 0 Likes

This is a wonderful song about love and freedom by Sani. Sani wrote this song when he was 12 and he recently completed recording it at 14 years old. Please e...
Mar 18
0 Comments 1 Like

a sweet and whimsical composition, one of the first pieces i wrote for solo acoustic guitar, more than two decades ago. though a few passages have been upgra...
Mar 17
0 Comments 0 Likes

Miles Brandon is now a member of CODA~GROOVES~ENT
Mar 13
Welcome Them!