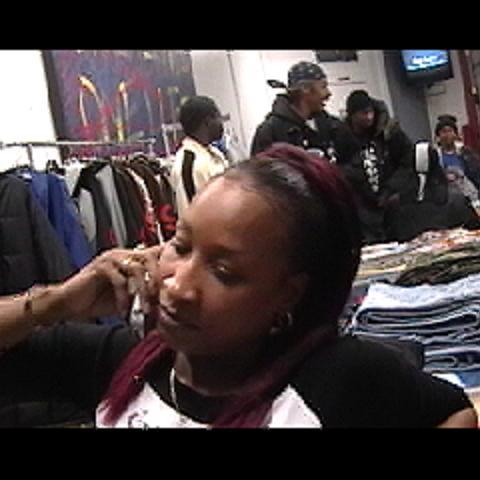 truemobrecordz has not received any gifts yet

We Make Hitz! Get Yourz! T.R.U.E. M.O.B. Got That Up North Sound With that Down South Groove

Become a part of something special.

Golden AKA Prince of Tha City

Directed / Edited by Angie P. AKA SNYPA T.R.U.E. M.O.B. Recordz T.R.U.E. M.O.B has had song's played on WBOL 1010 AM and appeared on the youth empowerment segment on cable five for a week. We received airplay at 88.9 Morgan State University. The SBA featured T.R.U.E. M.O.B. in its monthly news letter as the next up and coming small business. We also enter and conduct Rap battle/video shoots for our DVD's and judge talent contest.

This is Why I'm Hot Official Page

Infant 2 Plus Sizes If you want a chance to be a Boudika Bling Calendar Girl, all you have to do is go to cafepress.com/boudikabling order your favorite Boudika Bling product.

Hit me back with the pic. The calendar will be published soon, so get your pics in now! The calendar pics will be posted at 7 of T.R.U.E. M.O.B. Recordz websites!

T. Tha HitMan, say's: I'm a Soldier
Permission, to speak the rap game goin' to sleep all snuggled in the sheetz
I'm a Soldier
So give me my orders, n sit back, watch the slaughter blood puddled like water
I'm a Soldier
I'm ready to put the work in gun in hand mask on my face gunz is jerkin'
I'm a Soldier
So 50, point 'em out, I hop out wit' a joint out this what I'm about...

If you can't see the player above, click on this link to hear the 50 Cent T.R.U.E. M.O.B. Xanga-I'm a Soldier remix Vote 4 the 50 Cent/T.Tha Hitman "I'm a Soldier Xanga Contest Remix here!

T.R.U.E. M.O.B. Feat. T.Tha HitMan,Golden, Stinky Montana M.oney O.r B.lood Dir: Angie P. AKA SNYPA Set in BodyMore, Murdaland. Home of The Wire! T.R.U.E. M.O.B. has showcased in the Track Kingz Fittin' 2 Be Next, featured on The Boost Mobile Tour, Kappa Beach Bash in Galveston, TX., Jeter Show and a few other ventures. Our Next album to be released is Ma I Ain't Make It in mid 2009. T.R.U.E. M.O.B. members, mentor at risk youth and has an after school study program and has donated money from performances to neighborhood youth services. We've had an artist, featured in regular rotation on WERQ 92Q FM. To purchase T.R.U.E. M.O.B. Hitz 100 Gunz 100 Brickz and Deep N Da Streetz, go to <a href="cdbaby.com/truemob">cdbaby.com/truemob</a></p>

This is a T.R.U.E. M.O.B. Street Classic Set in BodyMore, Murdaland

T. AKA Tha HitMan was introduced to the Rap genre through the lyrics of N.W.A. and .began writing his own lyrics at the age of thirteen. He became a member of the group Go Hard and later signed to BNB Entertainment. T. did not stop his drive for his dream because the groups disbanded, he kept his sights locked on his goal. He formed his own group M.O.B. and later signed with his brothers label SandTown Records.

On 22 February 03, along with his partner Angie P. T.R.U.E. M.O.B. Recordz Corp was formed. Soon after the incorporation, copyrights and trademarks were filed the promotion and marketing campaign began with the release of Deep N Da Streetz and 100 Gunz-100 Brickz released on 26 August 2004. T.R.U.E. M.O.B. went into the heart of the hoods giving away 2,100 Testa'z; a sample CD with T.R.U.E. M.O.B. stickers, flyers and posters.

T. and Angie are responsible for every bangin beat that comes from the T.R.U.E. M.O.B. sound and screens every artist to ensure that they are up to M.O.B. standards. If T. & Angie P. doesn't bang the beat out themselves, they add personal touches to the final product. “We have not only competed in many city-wide Rap battles, but we remain undefeated in the battles”. This record alone attracts the top of the crop to T. R.U.E. M.O.B. We never turn down an opportunity to hone our craft. We even take care of the bold challenges of other artists before and after performances.

Angie P. AKA SNYPA Born in Baltimore, Maryland, she vigorously pursued the field of music. She remembers always singing as a child and was formally introduced to music in grade-school where she began playing the piano, clarinet, flute, and violin. Angie P. continued to play the piano and joined school chorale groups and bands until graduating Forest Park high school.

Angie P., joined the United States Army where she attained the rank of SGT and received various awards and medals for her military service and Gulf War deployment. In 2000 Angie P. received an Associate of Arts and her membership into Phi Theta Kappa of PSI Kappa Chapter from St. Philips College in San Antonio, Texas. She maintained her studies which led to her placement on the Dean's Lists, President's List, and The National Dean's List. The National Dean's List is a great scholastic achievement; only one half of one percent of the students in the 3,000 colleges and universities nation-wide make the list. Upon her return to Baltimore, she became Mayor of Meade Heights at Fort Meade, and entered the University of Maryland in 2001 and became a mentor for at risk youth at Aberdeen Proving Grounds Boot Camp in 2003 and Baltimore City in 2004.

She completed, a Bachelors of Science in Computer Information Systems Management in 2005. With a background in computers and a passion for graphics, software/hardware installation repair, Angie P., eagerly, pursues her duties which include information technology / security, E-commerce, website development and design. Angie P., along with her partner T. Tha HitMan, designed the logo for T.R.U.E. M.O.B. and LADE M.O.B. and Boudika Bling (for posters, business cards, clothing line) ect.

Some of her other duties include project management, marketing and promotions, artist development,networking and she produces, directs and edits all videos and other media for the M.O.B. She is involved in every aspect of the decision making process with her partner, T., which has shown to be a successful marriage of the minds that is gradually taking the industry by storm. With T.R.U.E. M.O.B.'z bangin' beatz and artists' with that Platinum Sound, the “sky is the limit.”

This guy nods off in public and swears he's just sleepy!

Show your favorite candidate and party who you supported. Check out, Vote 4 Barack or Hillary items and! There are even Doggie, T'shirts available! Visit: Get Your Vintage Vote 4 Barack and Hillary T-shirts

Time Will Reveal Part I & II Best selling books are highlighted in this clip at the Baltimore Readers With Wisdom, book club Black Tie affair.

All T.R.U.E. M.O.B., artists, have appeared on every season (except the first) of HBO's "The WIRE"

For other songs and videos:

All T.R.U.E. M.O.B., artists, have appeared on every season (except the first) of HBO's "The WIRE"

This is Why I'm Hot Official Page


Find more music like this on CoreDJRadio
Ladies luv a HitMan

Do you hit, or do you hit… Continue

Jacque Schauls said…
Welcome!!! You are fantastic!!
Thank you so much for your continued support!
Your page has been featured

Kristen Plunkett said…
Thank you for joining and welcome to Coda Grooves Entertainment!

We look forward to working with you!

working on an arrangement of Madonna's « La Isla Bonita. » my phone actually captured the whole thing out of focus, but using the sharpening filter in Shotcu...
8 hours ago
0 Comments 0 Likes

Where are you from?Born in West Hills, CA, raised in Missouri City, TX... Currently residing in California.Describe your sound:Electronic music ranging from Trap, Dubstep, Hard-style, House, and Hip Hop.Tell us about your latest project:My latest EP is the completion of a trilogy titled, "Blood Moon". This 3rd edition is titled, "Super Wolf Blood Moon", and includes 8 tracks all having a Dubstep/Trap blend.Who inspires you? Lil Jon, Timbaland, Carnage, Skrillex, Diplo, Steve Aoki, and Calvin…See More
14 hours ago
0 Comments 0 Likes