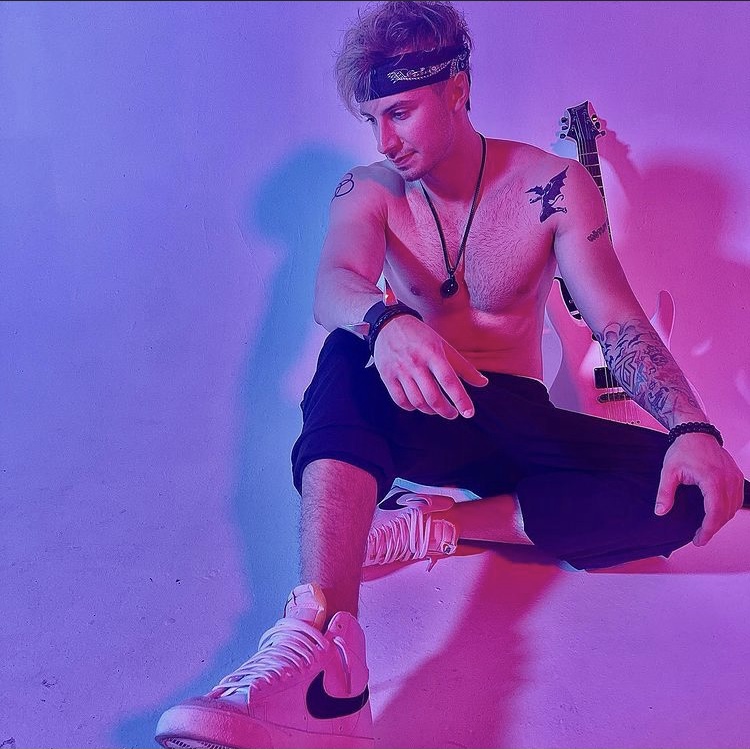 Rock artist S’ain’t Anthony showcases a blend of heavy guitars, compelling beats and distinctive instrumentation in his debut album titled “The Other Side”,

Staten Island, New York — November 19th, 2021- Set to enthrall listeners with his compelling new album, “The Other Side”, seasoned artist S’ain’t Anthony is driven to provide listeners a compelling escape into the raw, dark sides of life.

Slated to release on November 19th, 2021, “The Other Side” was recorded mostly at Fenix Studios in the artist’s hometown of Staten Island, with the help of Liam Lynch and Nick Simone on production. The captivating new album consists of stirring songs, such as “19”, “Krystal Kiss”, and “No More Shame” which were co-written with accomplished song writer Cindy Valentine.

Drawing influences from the likes of icons such as Motley Crue, S’ain’t Anthony’s music channels unique 80s heavy metal and pop elements. The artist also remains inspired by the work of Rob Zombie and one of his biggest inspirations- Machine Gun Kelly.

With a driving aim to give listeners of his music an arena of escape and inspiration, the talented artist highlights the critical mantra that no matter how dark things may seem, one must keep pushing to the other side. Inspiring listeners to embrace their individuality, “The Other Side” lifts the veil on the other side of the artist, reminding listeners that despite how things may seem on the outside, one never knows what is going on with anyone on the inside.

Dominated with use of heavy guitars, a Rock influenced catchy chorus, and a hard-hitting modern beat in the backdrop, S’ain’t Anthony’s music encapsulates a dynamic blend of sounds. The artist also channels unique Dance, Pop, and Rock blends, rooted within his powerful vocals and dark lyricism, as echoed in the songs, “Neurotic” and “Evil Witch”.

“Many people have stated my music is very catchy and has a heavy pop sound with a bit of a dark twist…I believe this album infuses so many different styles and genres, something for everyone to enjoy,” says the artist regarding his musical ethos.

Stream S’ain’t Anthony’s newest release and follow the artist on social media for updates regarding new releases. Contact the artist through email for interviews, reviews, and/or collaborations.

A rising formidable act in the world of Hard Rock, S’ain’t Anthony was born and raised in Staten Island, New York. The promising artist fell in love with the art of music at the young age of four. Growing up listening to icons of Rock such as Elvis Presley, KISS, Led Zeppelin, Ratt, Judas Priest, and Twisted Sister, the artist was motivated to follow his passion and craft dynamic musical compositions.

At the age of 15, S’ain’t Anthony decided to take things more seriously and started playing drums in a band, while also constantly writing music. 4 years later, however, Anthony’s band broke up, and the artist decided to learn to sing and play guitar independently, to pursue a solo career. With the release of his vibrant new album, “The Other Side”, the artist hopes to solidify his position in the musical world.