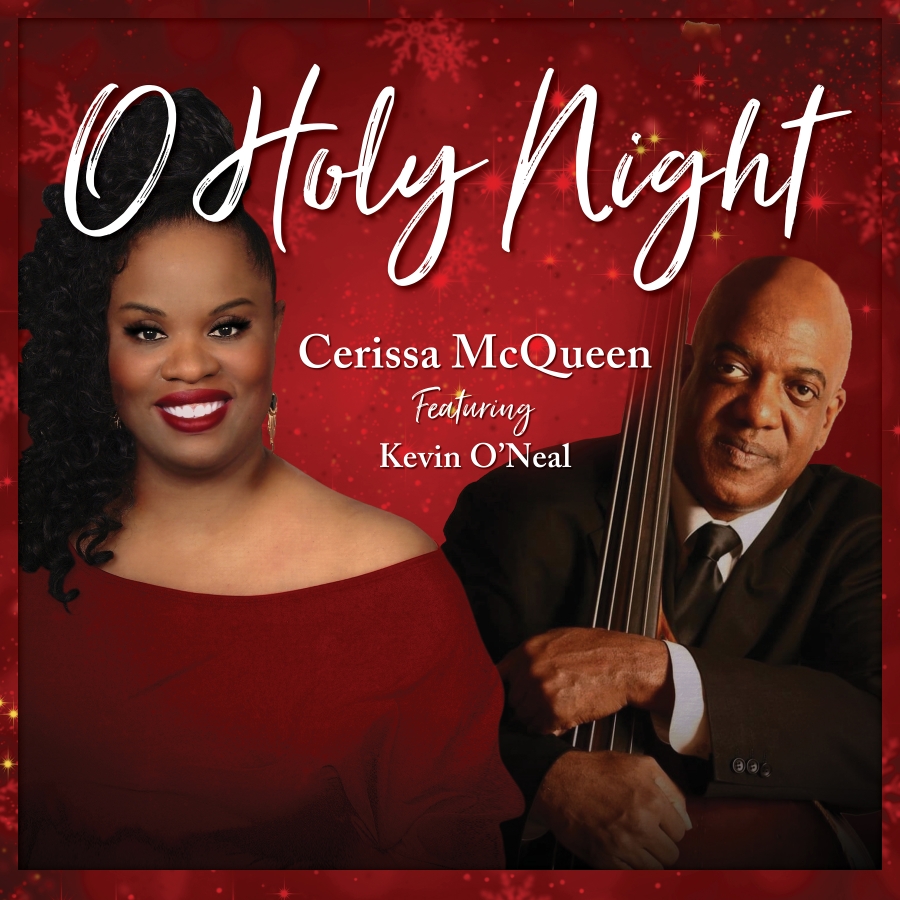 Escondido, Ca — November 12th, 2021- It takes a great deal of courage for an artist to approach an all-time classic with a reinterpretation and seldom does it pay off. Cerissa Mc Queen took a risk when she recorded a new version of the timeless song ‘O Holy Night’, and safe to say, it paid off without doubt. With the production and arrangement being handled by the extremely talented Grammy award winning bassist, composer and arranger Kevin O’Neal, Cerissa Mc Queen was at liberty to devote her mental faculties to this rendition of the classic song.

She provides a fresh spin on a fan favorite. Her ethereal vocals do justice to the lyrics, and Kevin O’Neal’s masterful production can be appreciated in the harmonious blends of Cerissa’s vocals and instrumentals. Often praised for emanating rich, soulful emotions through her vocals, Cerissa Mc Queen proves that if there is an artist in the musical fraternity today that can do justice to such a treasured piece of pop culture, it is her.

The dynamic vocalist finds herself effortlessly blending a range of styles in her music, from contemporary Christian, Gospel and Jazz, to Rock, Soul and even Blues. Influenced by legends like Nina Simone, Aretha Franklin, Whitney Houston, and Stevie Wonder, Cerissa’s music has a unique diversity and versatility that is both graceful and touching.

This latest rendition of ‘O Holy Night’ is perfectly in time for the holiday season, with fans embracing every installment from her with loyalty and passion. The single will be out on November 24th, 2021, to be streamed through Thanksgiving and Christmas.

Go to  http://www.cerissasang.com /   to explore Cerissa Mc Queen’s music. For interviews, reviews and collaborations, feel free to reach out to the artist via email.

Cerissa is a soul-stirring singer, songwriter, and artist, who has opened for Billboard winner and 13-time Grammy-nominee, Musiq Soulchild, and has toured abroad with Grammy-nominated musician, Earl Thomas. She performed for sold-out crowds in Brazil during her first world tour, with musicians Igor Prado and Luciano Leaes. She is excited to be back by popular demand for another international tour in 2022. Cerissa is especially honored to be working again with Myron McKinley, and Kevin Flournoy on upcoming releases in the upcoming year.