Produced by Elektrohorse from Chicago/California, “ Po Folk X-MAS”, is a heavy hearted Christmas song that rings true for many. Highlighting a not so glamorous Christmas.


Everywhere you look you see breathtaking Christmas lights, beautiful decorated reefs and joyous shoppers filled with holiday cheer. The air smells of freshly baked cookies and is filled with sounds of jingles, bells and familiar toons. With all this holiday bliss, it can be easy to forget that Santa won’t be making a stop down everyone’s chimney.


Hundreds of children around the world will be wondering why Santa forgot them? 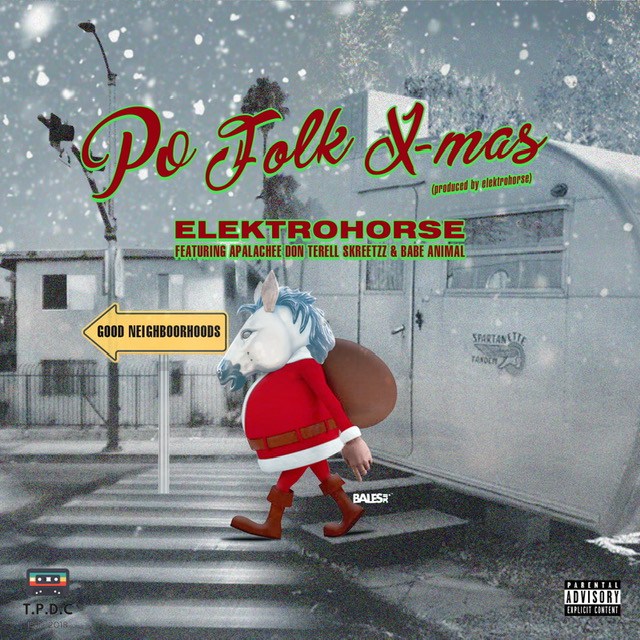 Country music Dj Elektrohorse has a new holiday jam “Po Folk Xmas”. This is the untold story that actually shows you how messed up Santa truly is to less fortunate people. He is also assisted by hick hop artist Apalachee Don from Georgia, Terell Skreetzz from Sc and Babe Animal from Ga. Elektrohorse is signed to Create music, the same label as Marshmello.


Apalachee Don, from Monroe Georgia, has the first verse. Pointing all four fingers at Mr. Clause, blaming him for a shitty Christmas with the lyrics, “Mr. Ho Ho Ho trying to stop my fun”.


Vocalist, Babe Animal from Atlanta Georgia, continues to set the tone with the heart breaking hook “I hope, I hope, I hope, Santa show love to the Po Folks”.


This Christmas anthem is a clever reminder that for families struggling to make ends meet, the magic of Christmas is more of a thorn in your side than a time of celebration. Terell Skreetzz does a great job highlighting the lack of magic and wonder for Po Folks on Christmas with lyrics such as “In the hood I ain’t never seen a reindeer’” and asking Sana,” is the ghetto on your shitlist”.

If Santa skips your house this year, just know you are not alone


Elektro Horse is an artist, DJ, and producer from the south side of Chicago who has created a new sound: CDM (Country Dance Music). He was one of the few to depart from such a harsh city after he gained the opportunity to perfect his craft in Atlanta, Los Angeles & Internationally. 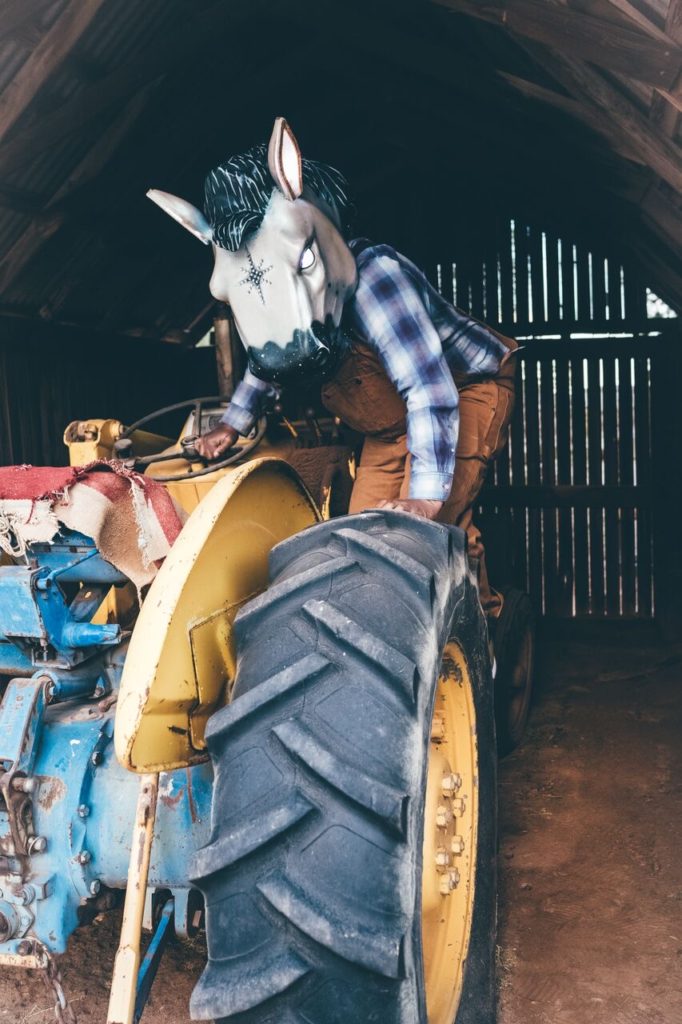 Elektro Horse has worked alongside super producers Will.i.Am, Timbaland, Scott Storch & is respected by top Country Music Royalty, who he is currently working on his debut EP with.


Elektro Horse integrates elements from every genre of music into a new sound for country fans & seeks to diversify industry standards, drawing interest from all ethnicities to one common love: Music!


Music aside, Elektro Horse is known as a personality first, with a large social media & country western fanbase, who are drawn to his lighted horse mask.