Kiara Joelle Balthazar is now a member of CODA~GROOVES~ENT
22 hours ago
Welcome Them!

Sharing her soulful passion for Gospel and Pop rhythms, rooted in moving Christian roots, budding singer and songwriter, Claire Odogbo is driven to light the way forward for all listeners with moving single “Robed in His Righteousness”.Hamilton, Ontario, Canada – June 14th, 2021 – A devoted worship leader, seasoned vocalist, and captivating songwriter, Claire Odogbo is sending ripples in the rich and riveting genres of Pop and Gospel, igniting positivity with each new release.With a stirring…See More
Monday
0 Comments 0 Likes

Catch the Vibes With Quianna Crute With Her New Single “Oh Adonai” From Her Album “Created to Worship”In her debut album, “Created to Worship,” esteemed praise leader and choreographer Quianna Crute creates a yoke-breaking, deliverance-inducing musical worship experience. The first single, “My Love Letter” is just that… a powerful praise and worship…See More
Saturday
0 Comments 1 Like

This is a project about a man who fell in lovewith a girl and has to deal with otherheartbreaks as he deals with the upsand downs of life. Stream The EP:https://album.link/i/1557067464https://open.spotify.com/album/085HZtT4NzHx6rFKMjo8gh…See More
Jun 10
0 Comments 0 Likes

With a unique and enriching vibe, budding musical group BankFlow Family are set to motivate listeners, melding together Old-School and New-School Hip Hop and R&B rhythms, with the release of their stirring new album “Music Reborn”.Chicago, Illinois – May 28th, 2021 – Taking the dynamic, varied, and fast-paced world of Hip Hop and R&B by storm, up-and-coming band BankFlow Family are on the right track to soar. With a rich and characteristic…See More
Jun 4
0 Comments 0 Likes

Singer And Songwriter Linda Mae Is Here with New Music in The Gospel Genre to Change the World with The Power of Music.

Linda Mae has a passion for helping other around her with the power of music. She believes that music can touch hearts of many people and holds the capability of changing many lives with the lyrics and the music itself.Waxahachie, Texas – The new single was released on April 7, 2021, which has been produced by Stephen Droddy Music. Linda sang with Indiana Bible College, an alumni, who graduated and recorded songs with them in choir. Linda wrote this song after a personal battle in her life, it…See More
Jun 3
0 Comments 0 Likes

The Centaurettes - Spider On The Wall

Started by Dj Smoke (@PromoMixtapes) in Music and Entertainment News May 24. 0 Replies 0 Likes 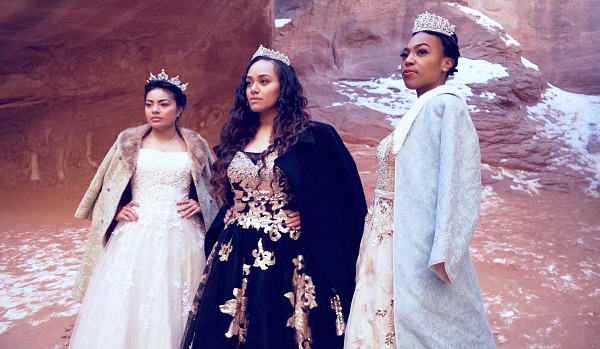 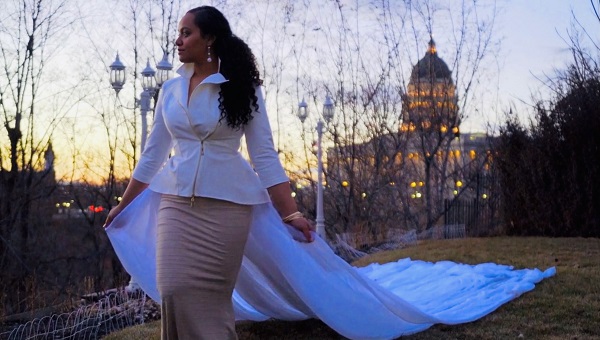 “Lean” Into The Light With Seletute Katalina

Seletute (“Tootie”) Katalina has seen her world come apart. And not just her own world. The world. Our world. Tootie saw relationships hewn in half. Witnessed loved ones perish. Dreams dashed on rocks. What’s more, Tootie knows that you have seen those things too. With her new single, “Lean,” Tootie brings a votive of hope into the swirling storm around us.

“I connected with [‘Lean’] because I found that the ultimate message of it was a healing that people need to hear,” said Tootie. “There are plenty of songs that talk about division or what experience you’ve been through.” Tootie continued, “I wanted to put out a word of healing and unity. It’s a hopeful song. We are going through a difficult time, but there is hope at the end.”

Tootie’s manager, Lilo, fell in love with the song’s ability to provide meaning to the anguish of anyone who heard it. “[‘Lean’} speaks directly to the sufferer,” said Lilo. “It’s a message for the person who is suffering. It says, ‘I see you. I hear you. I feel what you’re feeling.’” Suffering remains a common lot for all of humanity. “Lean” tells us that suffering unites us. With that knowledge, we can bolster one another. “We wanted someone to apply ‘Lean’ as though it was written just for them,” Lilo said. “But it isn’t just to the one sufferer. It’s a song that speaks to the masses.”

“Lean” both mourns and celebrates the lives of departed loved ones. In the regal music video for “Lean,” viewers notice the hashtags #moose, #davi, #vai, and #ray. “Moose was my uncle,” said Tootie. “But he was much more like a brother. I basically raised his kids. He passed away last year at the prime of his health. It was an unexpected heart attack.” “Lean” grieves not only individual losses, but communal losses as well. Explaining the other 3 hashtags, Tootie said, “Here in the Utah Polynesian community, many young mothers became widows. Ray, Vai and Davi were all young fathers who lost their lives. They left behind widows with children all under 10.”

Production for the “Lean” music video demanded ardor and faith. Lilo recounted the tenacity of those who helped make the video a reality. “Our resilient ballerina is the only African-American ballerina dancing at Ballet West in Salt Lake City, Utah,” Lilo said. “She was dancing outside in zero degree weather. Bingham High school took 1st place in their home state. We had 4 of their best dancers in the video. It was hours and hours of reshoots, rerecordings. Making sure the location was right. It was a lot of sacrifice from everybody.”

“Lean” proclaims that it’s time for kings and queens to rise up. To carry one another’s burdens. Just like Simon of Cyrene helped carry the burden of a Nazarene carpenter. Seletute Katalina will release more singles during the summer months. Look for tour dates to be released around the same time.

“For fans old and new,” said Seletute Katalina, “be more cautious and courteous to one another. Allow others to lean on you. And, have the courage to lean when you are in need. There could be no better time to be a part of the human race. Everybody truly does have the power to make a difference to just one soul. Even if that soul is your own. Honey, lean.”

Watch the music video for Seletute Katalina’s “Lean,” and follow her on all social media channels, via the links below.