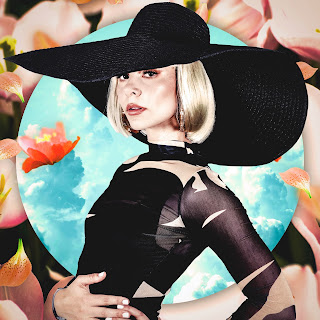 Denver, CO – It would be nice to feel great about yourself every day, but life can have a tendency to make you feel small and inadequate at times. This is especially true for people who use social media, these platforms are minefields of content that can make you compare your body and personality to the bodies and lives of seemingly “perfect” people online. In the words of Pop artist Estella Dawn, “It can be soul-crushing.”

“It can leave you feeling like all that you are isn’t enough,” said this singer-songwriter who originally hails from New Zealand. “That’s when you need someone to lift you up. You need kind words when you’re unable to speak them to yourself. You need reassurance when you’re feeling discouraged. You need a reminder that you’re a bad ass and that you should never shrink to make others comfortable, because you’re not ‘too much.’ You’re just enough.”

Estella reinforces those words on her latest hit single “Pretty,” which goes wide across all streaming platforms on Aug. 20. The song is a Pop Ballad that perfectly showcases this naturally gifted vocalist who at one point was a star on “New Zealand’s Got Talent.” The driving piano melody immediately sets the tone for the ballad, giving way to harmonies that display Estella’s sultry and soulful vocals. This is a new Pop Ballad that people need to pay attention to, not only because it introduces an artist who is poised to become an international superstar, but also because of the message behind the music.

“This song has nothing to do with aesthetics or being attractive,” Estella said. “In my opinion, that’s the least interesting thing about a person. But feeling confident, comfortable and empowered in your body is important. To me, that is true beauty.”

‘Pretty’ is the latest single from this young artist who has been steadily making a name for herself since moving to the US. Like many songwriters Estella has been writing, recording and releasing music from an early age. However it has been in the last 3 years that she has refined her craft and developed her own style that is clearly shown in the 13 singles she’s released since early 2020. These songs show a unique command of melodies, with a subtlety and range that are a personal and social exploration of life. They contain multiple layers – both vocally and musically. Soft and soothing but also sharp and gritty when needed. And with that maturity she has been compared to Adele, Billie Eilish, Pink and Hayley Williams.

As with any hard working musician this is just the beginning. Following “Pretty” she has another single titled “Cotton Candy” that she plans to release later this year. She is also currently in pre-production writing and arranging tracks to record and produce her first full-length album, this will be recorded in a Denver studio with a live band. Estella Dawn is one to watch out for.

To listen to Estella Dawn’s music, or to follow her on social media, please visit the following links: