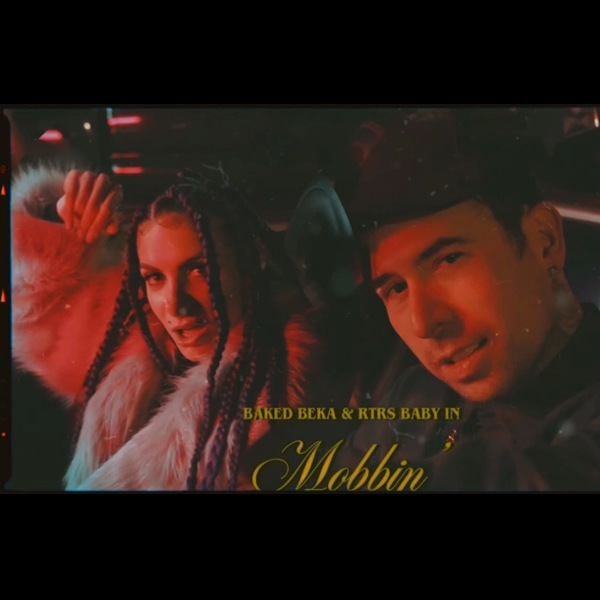 JACKSON – Northern California native RichardTheRockStar (RTRS) has always been making music his way. From messing around with instruments in elementary school to home producing licks at age 15, RTRS creates music with no rules. Now, the artist, writer, producer, and businessman is making a splash with “Mobbin” as he redefines the hip-hop genre.

“With New Era Hip Hop, we try to be culturally diverse and include people and sounds and add influences from all walks of life,” explained RTRS. “When hip hop came out, it just clicked on where it pulled its roots from. But it got to a point where people stopped trying to be original as much. Then it was cut-and-paste from there. We are trying to change that.”

The “we” refers to is the Rockstar Gang, comprised of friends, Baked Beka and Jshxtta. The trio creates an eclectic mixture of sounds against New Era Hip Hop that forms an organic and unique sound showcasing their diversity and rebelliousness.

Baked Beka, a social media influencer from the Bay Area, is a model and street survivor who has started rapping with the group. A longtime friendship with RTRS has blossomed into a confident and sassy rapper that fans adore.

Jshxtta brings his talents to the studio by experimenting and mixing music to create the group’s authentic Bay Area sound. Coupled with RTRS’s energy and persistence, the Rockstar Gang’s sound is defined by trust, experimentation, and passion.

“We all are free to be who we are,” said RTRS. “That’s the most important thing of being an artist. No matter what life puts in front of you, no matter what opposition, no matter what kind of scary circumstances, you must stick to yourself and your heart. When you do that, you build something more powerful than any of that. And that’s what the Rockstar Gang is.”

“‘Mobbin’ is a vision that we’ve had as friends for a long time and just sticking to the plan to what works to the money,” explained RTRS.

The “vision” is what sets “Mobbin” apart from other songs. It is the unity of the Rockstar Gang and their talents that light up during the track.

“The way that we come together, especially on the third verse where we start going back and forth with what happened and sharing it, is telling a story together,” he said. “If you watch our videos in order, it’s a storyline, almost like a TV series, but it’s with our lives. You watch it, and it all ties together.”

Their story began with the debut single, “Bananas,” and continues to showcase each artist’s unique attributes that they bring to the gang. Instead of being the cookie-cutting group where one artist is featured, the Rockstar Gang turns the spotlight on each member. Much like the Black-Eyed Peas, where the group comprises diverse members, the Rockstar Gang has a mix of talent, styles, and up-tempo energy that blends for music perfection.

With six videos “in the tank” and awaiting release, RTRS said the gang is gearing up to take their music to the people as the touring dates crank up. Future dates in California, Arizona, and Oklahoma are just the beginning as they take New Era Hip Hop to fans.

“I hope people enjoy what we put out there and are entertained by it,” he said. “We’re just trying to make something that people can sit back and smile, or at least just forget about their life, for a minute.”

Make sure to stay connected to RichardTheRockStar on all platforms for new music, videos, and social posts.