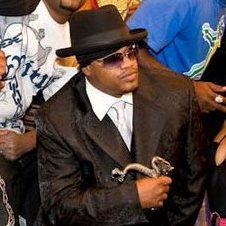 Marcel "Spyder Raw" Simmons has not received any gifts yet

Your Location (CLICK the one that is CLOSEST to you)
Chicago

Type of work that you do?(Be Specific So people can find you)
Produce, Rap, Act

Mission Statement: All powers that be will work in our favor.

Lead by CEO, Marcel Simmons, Raw Dogg Recordz has risen to prominence in the Chicago area as the premier indie record label to be affiliated with. A collaboration of artists, who emcee, produce, sing, distribute and promote their own brand of street hip hop. Marcel; born and raised in the Windy City, states that he and his closest kin were groomed to be in the music industry from early on. His father was a guitarist for the Staples and the Chi-Lites while he taught Marcel pronunciation and how to project his vocal quality. Marcel then took this knowledge and shared it with the members of what would become Raw Dogg Recordz in 2004.

Raw Dogg Recordz was formed with a vision of staying independent, but also working together with a major record label for the purposes of distribution worldwide. Mr. Simmons had a friend by the name of P the Raw Dogg and took a liking to his friend’s name. Individual recognition didn’t progress the way Marcel saw fit, After changing his name from Spyder Box to Spyder Raw, Marcel seized the opportunity to form a group, hence the creation of Raw Dogg Recordz. Soon after, they’d win the “2010 Best New Artist” at the Chicago Hip Hop Awards and “2010 Best New Mix Tape” at Chicago’s annual Rapper’s Ball.

Raw Dogg Recordz is comprised of 6 members who have recorded 3 albums entitled, “Land of the Raw” and “On Raw Grounds, Volumes 1 & 2”. Track production with definite commercial and hardened street appeal is handled primarily by Marcel, his brother Sean Nitty and Zach “Dirty Redd” Ball. As a conglomerate of soulful artists with a slick verbal appeal, Raw Dogg Recordz has edged its place solid in stone amongst Chicago’s diverse music scene. Marcel has recently been in contact with IMG/Universal Music Group in an effort to increase name recognition globally, starting off with distributing Raw Dogg Recordz hottest new music to the deejay circuit in the Gulf Coast region. Positive feedback and consistent spins is a reachable ambition for Marcel’s tandem of talent, but is only the beginning.