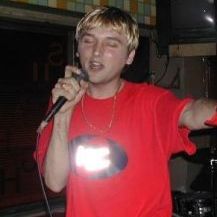 damir has not received any gifts yet

Type of work that you do?(Be Specific So people can find you)
Student

We are all in the spolight - We have to find our light. DamirWorld

I grew up with my mom, dad, cousin and 2 sisters . im in school and its hard but i know it will be worth it, down the road. and i believe in freedom of speech and karma; what goes around comes around. i dig all music. I listen to pretty much any kind of music, as long as it has a meaning behind it.

D's, (born March 20th, 1991), better known by his stage name Rimad, formerly DamirWorld, is a Canadian / World underground rapper. The son of a poor family from the United States who then moved to Canada. He was raised on three Continents and in three city centers in New York City, Toronto and Tokyo. He attained a high degree of literacy that he would later use in his lyrics. His debut album Black and White, was released in 2007 on BTS Music Label. Black and White was a critically acclaimed underground bestseller and would go on to be widely hailed a classic and still hitting home with the music listeners.

D's is a Christian Rapper, since 2007 D's has been a recognized name in the Christian Music industry. Having over 44,000 friends and did you that D's traveled the world and his lyrics talk about world issues. D's hood is the continents of the world - not the street corners of the urban city landscapes. Which certainly gives him an outlook in life that is more of a message and worldly perspective.

D's Current News Notes: When it comes to peace, how would you describe yourself?
I am a born activist