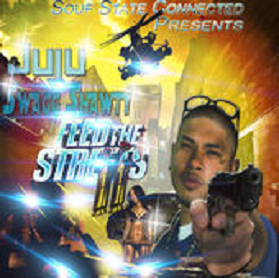 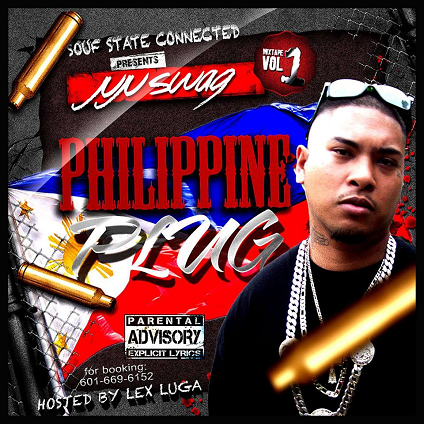 Representing the hard times in Mississippi is the hottest Filipino rapper ever, Ju Ju Swag Shawty. Born Carl Rumbley in Quezon City, Philippines on January 2, 1991; destined to take the music industry by storm with his charisma and unbelievable talent. Raised in Vicksburg, Ms in the Lakehill Projects aka "Deville", with dismal surroundings in a poverty stricken neighborhood full of violence and drug activity, Ju Ju adapted to his surroundings and took mental pictures which would later contribute to his musical talents.

His first encounter with rap music was when he was about 6 years old listening to Coolio’s "Gangster’s Paradise" and Luniz’s "I got 5 on it". He became hooked on rap music every since. He then began to learn the lyrics to a lot of Tupac and Bone Thugs & Harmony songs. He began to add his own words in the same rhythm as they rapped and told his own story along with the beats. By the age of 8, Ju Ju decided he wanted to be a rapper after seeing a "Cash Money" video on BET. He pointed to the TV and told everybody "That’s what I’m going to be one day!!"

Ju Ju’s rap style is unique and heartfelt full of punch lines, metaphors and storytelling. He was influenced by Tupac for the way he touched people, Biggie for the way he told stories, and Lil Wayne’s punch lines and metaphorical raps. He grew up listening to a lot of Z Ro because of his style and the stories that he told related to a lot that was around Ju Ju at the time. He recorded his first record at age 13 called "Ya’ll Don’t Want It With Me" and created a neighborhood buzz.

Ju Ju Swag Shawty signed his first record deal in 2011 with Souf State Connected records, an independent record label out of Jackson, MS. The first single released was called "Shawty Hit the Floor" off of the mixed CD entitled "Feed Da Streetz" Vol. 1 which created a lot of buzz in the street. Unfortunately in 2012, his CEO was imprisoned and the project lost its momentum. Ju Ju still performed at different venues and recorded new music. He then decided to take some time off and wait until the return of his CEO. In 2014, he suffered another lost in the passing of his mother, Flora Rumbley. This crushing blow added pain and frustration to his songs as a way to express his true feelings. His CEO returned in July 2014 and Ju Ju returned to the studio to record his current single "She Got That Thang Jumpin" produced by Trendsetterz. The new album is called "Feed Da Streetz" Vol. 2 #Swear to God. The CD has a different feel to it than the average music. Enlisting several producers such as Zaytoven, Billionaires, Swaggonthebeat, and Trendsetterz, the tracks possesses variety. From club bangers such as "Go get her" and "Gutta Bitch’ to real life drama with "Aint Real" and "Long Time Comin" to riding music with "Goin Vegaz" and "Street Shit". At age 23, Ju Ju will become a LEGEND in the industry in due time. He says "I’m the type that will always strive to be the best and do better than my last, most of all to never be comfortable for the fact of I love what I do with a passion and I know how it feels to be broke and have nothing!!!"