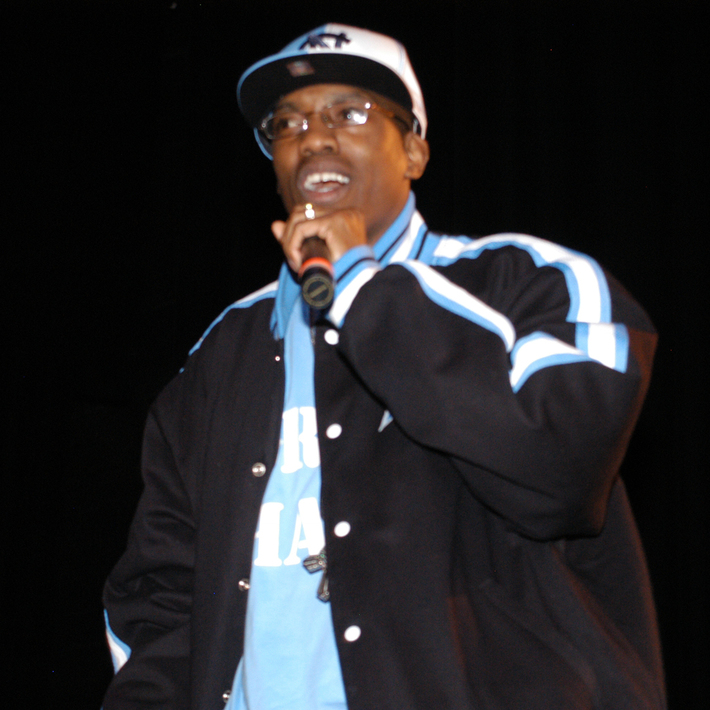 Big Prime has not received any gifts yet

Type of work that you do?(Be Specific So people can find you)
Music Industry

Big Prime was born at Wake Med in Raleigh, NC December 17, 1981 and has lived in North Carolina all his life. He started rapping when he was in the 8th grade, where sometimes he would get thrown out of class for rapping. He had a love for Basketball but an injury kept him from pursuing that dream. He is married and has 2 beautiful children, so hard work is in his everyday life. “My Rap style is definitely dirty south, that’s where I’m from and where I want to keep it. I have been proclaimed as a hometown hero with many of my songs being played on our major radio station along with a couple of key performances at big local concert events.”

Big Prime started recording at Osceola Studios in Raleigh where he became friends with the owners and many of the engineers that worked there. Once he was able to get enough money together he bought his own recording equipment and started working at his house. All of his tracks still go through Osceola to get mixed and mastered. His biggest influences were artists like Biggie, 2Pac, Mr. Cheeks, and Jay-z although the list goes on. “My Ideal Goal is to be signed to a label that I could call home throughout my entire career, eventually having my own label but still connected with my home label. That is my main goal besides all of the #1 hits I’ll be putting out. I’m very confident with my image and talent that I could be one of the best if only given a chance.”

Big Prime has been able to one thing than no other artist in North Carolina has been able to do, which is to get a single in rotation at the biggest hip hop radio station in North Carolina, WQOK K97.5. Many independent artists have tried but none have been successful, but with Big Prime’s first single ‘Grind Hard’ he was able to accomplish this task. Once the single hit rotation at WQOK than several other stations in Greensboro, Charlotte, Fayetteville, Wilmington, and Rocky Mount followed. The single has great success in both North and South Carolina and was even picked up on radio stations in 7 countries with the help of UK mixtape king DJ Ames. With the success of his single, Big Prime was able to sell over 5,000 Soundscan units locally of his sample EP ‘Prime Time’. The album only had five tracks and was put out so that people could get a taste of what Big Prime will be bringing to the music industry. His EP brought him opportunities to open up for major artists all throughout NC with the biggest show coming at WQOK’s Summer Jam.

After the success of ‘Grind Hard’, Big Prime decided that it was time to drop another single off of the sample EP. This time he took his street single ‘Trappin Drawz’ and brought in D4L/Asylum recording artist Shawty Lo to feature on the single. With a new single in hand including a major feature from a national recording artist, Big Prime set the bar higher and was able to get the single in rotation in over 15 markets throughout the Southeast. The single was able to hit major markets such as Miami, Atlanta, Dallas, New Orleans, and more. There was a lot of buzz from the DJs with this single and that brought it to the attention of ‘Mr. Southern Smoke’ DJ Smallz, who featured the single on his mixtape ‘Independents Day’. “Big Prime is going to be the break out artist for the Carolinas and help bring them to the spotlight” quoted DJ Smallz. This mixtape featured many of the top independent artists throughout the US. After the major feature, the single was picked up by several other DJs for major mixtapes, a few of them included Fleet DJs own DJ Ghost/DJ L-Gee mixtape series ‘Trappin Is A Habit’ as well as DJ Omega Red/DJ Lexus mixtape series ‘Street Chronicles Vol. 15’.

Big Prime is currently working on a few mixtapes which he plans to release later in 2009 as well as his first major album for the first of 2010. The key thing that Big Prime is currently working on is to establish himself with the local radio stations as the one who can take the Carolinas to the next level. Big Prime just dropped his third single ‘UH Message’ which is already set to hit rotation at WQOK in Raleigh, WIKS in New Bern, and WMNX in Wilmington. There are talks with WJMH in Greensboro, WPEG in Charlotte, WZFX in Fayetteville, WHXT & WXBT in Columbia (SC), WWWZ in Charleston (SC), and WFXA in Augusta (GA) just off of the strength of the single. Big Prime is also talking to several of these radio stations to be one of the featured artists for their summer concert series.

With Big Prime’s first single ‘Grind Hard’ was something that came straight from the heart and had to do with situations that he had to face growing up. “I wanted the people to know who I was and where I was coming from as well as make a statement to everyone that I was here and that I was ready to take this to the next level.” With the release of his second single ‘Trappin Drawz’, he wanted to show everyone some of the things that he had to deal with growing up in the streets. He wanted to try to relate to the people that are out in the streets everyday grinding to make ends meet. “Growing up was hard and the streets is where I lived, so I wanted people to hear about things that I saw and did as I got older”. His latest single ‘UH Message’ is based off of events that have been going on in our society over the last few years. With the way things have been going, he wanted to make sure that people felt that they could relate to him on the same level of being an everyday citizen that goes through the same struggles as they do.

Big Prime has only provided a small sample of the talent that he has and with his upcoming projects he will show everyone his true potential. While his main goals of reaching the top in the music industry are always going to be there, one thing that he never wants to loose is the style and swag that got him there, as well as his ability to connect with those around him through his music. He has some new artists and producers that he has been working with so that he can establish his company Manpower Music Group as one of the top entertainment companies in the South. It is only a matter of time before this happens and you will want to be apart of that.

UpcomingSt405@codagroovesent.nin said…
Hello! Big Prime, Upcoming Studio Inc. I listen to all your songs and i like them all something that the public can relate too, I rate your four song as 5 star Keep up the good work!!!

Where are you from?Originally I am from South Africa but currently residing in upstate New York, United States.Describe your sound:The sound is called Progressive House Music but I like to call it feel good happy sounds. It's the kind of music that will have you dancing and in love.Tell us about your latest trackMy track has that RnB vibes on vocals but you continue to listen to the drum kick in and all you want to do is to dance till D end.Who inspires you?A Lot of names in the EDM genre…See More
7 hours ago
0 Comments 0 Likes

the impulse that drives artistic expression is irrational, unconditioned, and impersonal. it is beyond the grasp of reason and its constructions, which allows it to make the being resonate at frequencies that reason is not able to reach, and thus initiate it into experiences that are beyond his comprehension.See More
yesterday
0 Comments 0 Likes

more an improvisation than a proper arrangement of Bart Howard's jazz standard « Fly Me To The Moon, » made popular by Frank Sinatra. recorded in july 2020. ...
Saturday
0 Comments 0 Likes

Denver Independent artist, Lie•Lac is living her dream of being a star Denver, Colorado native, Lie•Lac born as Nicole Marie starts her journey into the music industry with her debut single "Gimmie Space." The single released in February of this year and her single proves that she's not slowing down anytime soon. The other-worldly prodigy gave herself the name to emulate the essence of her brand.Lie•Lac's aesthetic is full of soothing pastel colors that represent not only her favorite flower…See More
Saturday
0 Comments 0 Likes

Started by Dj Smoke (@PromoMixtapes) in Music and Entertainment News 1 hour ago. 0 Replies 1 Like

Started by Dj Smoke (@PromoMixtapes) in Music and Entertainment News 18 hours ago. 0 Replies 1 Like