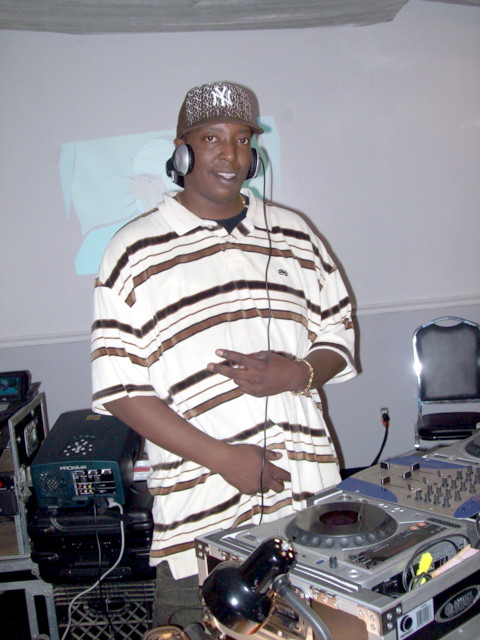 DJhandzsolo has not received any gifts yet

Hello all here is the official clothing line for Solo Sounds RadioSolo Wear | Teespringhttps://teespring.com/stores/solo-wearSolo Sounds Radio Taking it back series!download now for free at Www.solosoundsradio.comtell a friend to tell a friend!See More
Sep 28, 2020
0 Comments 0 Likes

Your Location (CLICK the one that is CLOSEST to you)
Viral Campaign online. NYC Tristate Area!

Type of work that you do?(Be Specific So people can find you)
I am a DJ/Producer and specialize in Hip Hop, RnB, Reggae, Classics(Club,Hip Hop etc.) Reggeaton

Listen to me live every Friday 4pm-6pm
On world cast radio!
http://www.worldcastradio.com

BETWEEN THE SHEETS – New and OLD RnB for the lovers!

In the midst of lost souls dwelling in New York City, DJHandzsolo has emerged as a musical genius: DJ, Producer and Audio Engineer. Born and raised in “Southside” Jamaica, Queens, Handzsolo grew up embracing the Hip-Hop culture as a child in the 80’s. As a teenager, he began developing his talents as a DJ and MC. The artist originally known as Darkchild (a/k/a “D.C.”, “The Moonlit Microphone Misfit”)who  formed a group called Nightshift with his childhood friend V.I.P. As Handzsolo’s reputation as hot DJ spread throughout his area, he started to realize that his talents for music were not just a phase. He started doing numerous shows and Open Mic performances.

In 1996, Solo began working as a Street Promotions Rep which gave Solo the opportunity to mix and mingle with talent on the Def Jam record label. Solo began to network and learn from other professional deejays, promoters and producers. During his tenure with the Def Jam, Handzsolo also learned the ropes of marketing, promotions and the mechanics of the music industry from Rob “Love” Leach and Leslie Myers.

Solo promoted Gold and Platinum albums including but not limited to: L.L. COOL J (Phenomenon &  G.O.A.T.),  JAY-Z (In My Lifetime Vol. 1, Hard Knock Life Vol. 2), REDMAN (Muddy Waters, Doc’s The Name),  METHOD MAN (Blackout & Tical 2000), DMX (It’s Dark And Hell Is Hot, Flesh Of My Flesh Blood, And Then There was X),  JA RULE (Rule 3:36, Venni Vetti Vecci),  EPMD (Back In Business),  Def Squad (El Nino), FOXY BROWN (Ill Nana, Chyna Doll ), etc.  Since then he has worked on numerous mixtape volumes such as:  Chop Squad Radio, Taking it back,  Killer Kuts, Can U Feel It?, Tequila Sunrise, Radio Waves, Between the Sheets, Hard-n-Sexy, Rock With Me and Seasonal Darkness.

In 2007, DJ Handzsolo founded Chop Squad Deejayz.  Chop Squad Deejayz is a collective of talented deejays with real skills and knows how to move the crowd: scratching, mixing and blending. Chop Squad’s goal is to crush all the fake DJ “button pushers” who have poisoned the music industry by watering down the DJ game. DJ Handzsolo will always stand out from this crowd because of the expertise he brings every time he touches the wheels of steel, sampler or mixing board. You can listen to DJ Handzsolo spin every Friday 4pm to 6pm on www.worldcastradio.com . The first hour is the Taking it Back hour, were he may play any classic jam. The second hour he brings it forward playing the newest singles of the year. If you missed an episode don’t worry you can download show archives at www.djhandzsolo.podomatic.com .  If you need an experienced DJ for any event call me @ 646-702-0046.

Check me out! If you have an Ipod you can download my podcast on Itunes. Zune Users @ the Zen Marketplace!

Solo Sounds Radio
Taking it back series!
download now for free at Www.solosoundsradio.com
tell a friend to tell a friend!